Melanie McField is the founder and Director of the Healthy Reefs for Healthy People Initiative (HRI), a multi-institutional effort to track the health of the reef ecosystem and our management progress in ensuring its long-term integrity. Melanie lived and worked in Belize for over 20 years; first as a Peace Corps volunteer/field biologist and then with World Wildlife Fund, and since 2006 with the Smithsonian Institution. She has a PhD from the University of South Florida, with published research interests focused on coral reef community ecology, coral bleaching, chemical contamination, and management effectiveness evaluations. She is an effective communicator, and has been featured on television appearances including the TODAY show, MSNBC, National Geographic, Animal Planet and the BBC. 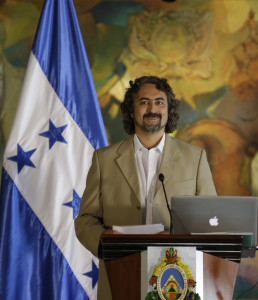 Ian Drysdale is the Honduras Coordinator of the Healthy Reefs for Healthy People Initiative since 2010. He is in charge of data collection, AGRRA training, as well as the development of partner relations and other outreach and media efforts in Honduras. Ian has an undergraduate degree in Environmental Engineering and a Sustainable Development master’s degree. Over the years he has worked on different projects with The Nature Conservancy (TNC), World Wildlife Fund (WWF), Conservation International (CI), Coral Reef Alliance (CORAL), United States Agency for International Development (USAID) and CARE. He resides on the island of Roatan, Honduras with his wife Jenny Myton, working on reef protection and management since 2002. 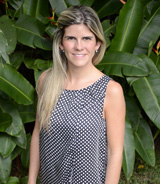 Ana Giró Petersen is the Guatemalan Coordinator for the Healthy Reefs Initiative and is based in Guatemala City. Earned her degree in Marine Science and Aquaculture from the University of San Carlos and is currently writing her thesis for a Masters Degree in Environmental Science (University of Cádiz). She has participated in reef ecology monitoring programs and has worked for many years in the Caribbean Coast of Guatemala carrying out reef research geared towards conservation. She worked as a professor of the University of San Carlos of Guatemala from 2009 – 2013, teaching oceanography and coral reef ecology, and has also worked in different projects for the United States Agency for International Development (USAID), Global Environmental Fund (GEF) and local NGOs. She is a passionate scuba diver and loves underwater photography. 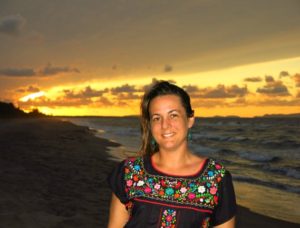 Melina Soto is the Mexican Coordinator for the Healthy Reefs Initiative and is based in Puerto Morelos.

Influenced since her first steps by her parents, sailing around the Caribbean, Mélina grew up passionate about the marine environment.  She first earned her Bachelor of Science in Marine Environment Sciences in a binational program between Wales and France at the University of South Wales and the National Institute for Marine Sciences. She obtained her Master’s of Science in Marine Biology at the Institute of Marine Sciences of UNAM, with an ecotoxicology project showing endocrine disruptive effects of sunscreens on the charismatic damselfish sergeant major (Abudefduf saxatilis).  Mélina has been working in coral reef restoration programs with the National Fisheries Institute in Quintana Roo, rescuing damaged corals, collecting coral larvae and planting them back on impacted reefs. She has been the communications and development assistant for the Mesoamerican Reef Leadership Program, a dynamic leadership program of the Mexican Fund for the Conservation of Nature. She is AGRRA certified for fish monitoring.

When Mélina is not diving or involved with the TEDxCancún organization, she enjoys climbing, sharing quality time with friends and family, and reading, reading, reading.

Marisol Rueda Flores is the Communication Consultant for the Healthy Reefs Initiative, based in Playa del Carmen, Mexico. She earned her degree in Biology from Morelos State University in 2004 and later completed her Masters in Science on Marine Resource Management in 2007 at CICIMAR-IPN (La Paz, B.C.S., Mexico). She studied blue whales and collaborated as research assistant in different projects from population structure, fatty acids and isotopic change of several cetaceans as well as the geochemistry in the Gulf of California. She has participated in diverse environmental education programs focusing in the ecology and biology of marine invertebrates and their substrates, cetaceans, sea turtles, tortoises and vegetation in different countries like Mexico, Costa Rica and Galapagos Islands, Ecuador. Her drive is sharing information with other people with effective communication and has been a passionate scuba diver since 1999.

Nicole Craig was appointed the role of Belize Coordinator for the Healthy Reefs for Healthy People Initiative in 2018.  She is responsible for compiling nationwide reef monitoring data, representing the Initiative on the local media, and coordinating outreach events and activities.  She earned a Bachelor’s Degree in Marine Biology from the University of West Florida in 2010 and a Master’s Degree in Biology from Miami University (Oxford, OH) in 2017. During her graduate studies, she was involved in fisher outreach and fisheries dependent monitoring within the Turneffe Atoll. As a University of Belize staff, Nicole participated in ecosystem and fisheries status monitoring, which contributed directly to the reef health report and informing the Turneffe Atoll Marine Reserve management.  She has always maintained a great interest in Aquaculture since working as an aquarist from 2010 to 2012.  She’s happy to now be a part of the development of a of king crab herbivory pilot study here in Belize. Nicole enjoys scuba diving and has been diving since 2008.  In her spare time, Nicole loves to travel, sing and make music.

Copyright Healthy Reefs 2021 - All Rights Reserved
Back To Top